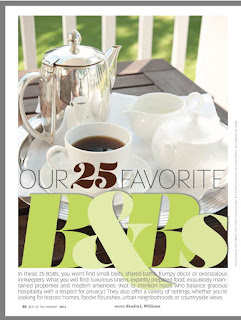 Email ThisBlogThis!Share to TwitterShare to FacebookShare to Pinterest
Labels: One of Midwest Living's 25 Favorite B and B's with spa services and fireplaces, Songbird Prairie Inn and Spa an Indiana Dunes Bed and Breakfast

Stay at Songbird Prairie Inn and Spa after enjoying the music!
The 7th Annual Summer Rhapsody Music Festival begins TONIGHT!  For the next 5 weeks, you can enjoy free concerts in the park.  Bring your lawn chairs, blankets, picnic baskets - everything you need to enjoy!
Here's what you can find each week:
Hoosier Highway is certainly proof of what happens when the right musicians and artists get together. With a wealth of talent and experience Hoosier Highway has quickly become one of the Midwest's most dynamic live performance bands.

Delivering precise vocal harmonies and original musical arrangements, Hoosier Highway not only entertains, but also takes their high-energy show directly to their fans through audience interaction and involvement. The band plays a wide variety of country music, from top-40 to classic, as well as their own original songs.
This 61-piece orchestra will perform A Tribute to John Williams, including music from all of our favorite films: Jaws, Hook, Schindler's List, Star Wars and more!  Miguel Rosario, Artistic Director and Conductor, has a wonderful concert planned for all to enjoy!
Valparaiso Middle School Band Concert begins at 4pm
Long-awaited by loyal fans, The Corey Dennison Blues Band debuted in Chicago in early 2013, storming the stages of Buddy Guy's Legends, Rosa's, and Leroy's Hot Stuff. In late 2013, Corey's always entertaining stage presence prompted the release of "live in chicago" a thrilling document of a typical night in a Windy City blues club. The album leaves little doubt that the Blues has found its premier young lion, Corey Dennison.
While LFC's musical catalog has certainly become their trademark, it's only half of the story. This tireless, six-piece band is on a quest to entertain at any cost! Did we mention there are three dedicated lead vocalists, including one guy and two girls? And all six band members sing!
Chicago's Led Zeppelin Show

All concerts begin at 7pm.  For more information, visit our website.
Posted by Songbird Prairie Inn and Spa at 9:46 AM No comments: